Products for the Rural Lifestyle 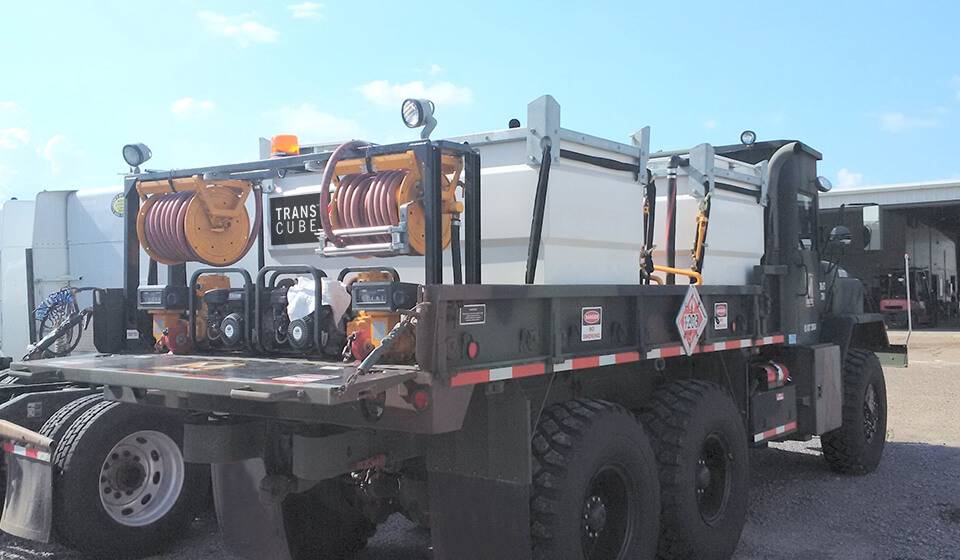 In August 2016 after nearly 6.9 trillion gallons of rain fell in Louisiana, catastrophic flooding across huge southern swath of the state created what the Red Cross called the worst natural disaster to strike the United States since Hurricane Sandy.  Emergency fuel providers were charged with the task of transporting fuel to critical service areas during the severe weather for diesel generator fueling.

Fuel was necessary for critical equipment in the areas affected by the storm including generators powering both cell phone towers and 911 emergency services.  Flood waters in the streets complicated the need to fined an innovative, safe and expedient method of transporting fuel to hard-hit areas.

With a modular design, transport approval, and integral dispensing features, TransCube was an ideal solution. 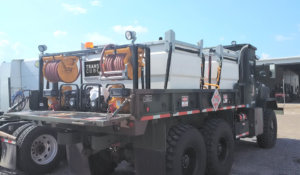 A repurposed military vehicle was fit with two TransCube 20TCG fuel storage tanks.  The 550-gallon TransCube fuel tanks are UN DOT approved under 49CFR regulations for transport when full, which was critical to the operation.  The cubed shape allowed them to fit the two tanks easily into the truck bed of the military vehicle for simplified bulk fuel transport. The TransCubes were pre-fitted with pumps and hose reels to simplify diesel generator fueling.

With capacities ranging from 132 to 2,232 US gallons, TransCube storage tanks are available in transportable, stationary and offshore approved models, and comply with a variety of different approvals UL 142, ULC-S601-07, NFPA 30A, UN IBC 31A, PPG2, Transport Canada and more. TransCube fuel storage tank are your solution for a variety of applications including, but not limited to onsite fuel supply, diesel generators and auxiliary equipment and limited-access work sites.

Inquire about a custom configuration here.

Where is Texas Redoubt?